The objective of the analysis was to produce a 3D susceptibility model and identify geophysical areas of interest (GAI) with potential for gold mineralization. This process has identified several targets that are suitable for drilling. With reference to the map below, Pacific Bay is considering the following GAI as priority targets: GAI-10, GAI-9, GAI-11, GAI-7, and GAI-6.

Over GAI-10 a number of factors that point to the increased probability of gold mineralization exist in conjunction, making this the highest priority area for future exploration.  Additionally, GAI-10 represents the area within which the 1986 drillhole is found. This is an encouraging finding as DDH 86-1 intercepted 5.38 grams per tonne of gold over 3.05 metres with visible gold observed and suggests this area may produce further positive drill results.

Pacific Bay’s VP of Exploration, Sebastien Ah Fat, explains, “Our initial strategy to twin the 1986 drillhole is strongly supported by the interpretation of the magnetic data. The radiometric anomaly in conjunction with the coincident high Potassium/Thorium ratio, the east-west magnetic lineation, and observed quartz vein structures at surface gives us increased confidence with launching a strategic exploration program on Wheaton Creek starting in GAI-10.”

Furthermore, Pacific Bay has entered into a communications and engagement agreement with the Tahltan First Nations in an effort to build a strong relationship with the local community while progressing with work on the Wheaton Creek Gold Property. Initial correspondence has been positive and the Company’s management intends to meet with the Tahltan Central Government in Q4 2021. Pacific Bay’s VP of Operations, Antonio Vespa, adds, “We look forward to developing a strong working relationship with t he Tahltan First Nation. Along with an initial monetary consideration in support of the community, we aim to meaningfully engage with the Tahltan as we advance the Wheaton Creek Gold Project.”

The Company plans to proceed with the diamond drilling program in 2022.

Note: all above reported intercepts are core lengths only as the true width of the structures has not yet been determined.

Sebastien Ah Fat, P.Geo., a Qualified Person as defined by National Instrument 43-101, approved the technical information in this release.

NOT FOR DISTRIBUTION TO U.S. NEWSWIRE SERVICES OR FOR RELEASE, PUBLICATION, DISTRIBUTION OR DISSEMINATION DIRECTLY, OR INDIRECTLY, IN WHOLE OR IN PART, IN OR INTO THE UNITED STATES. 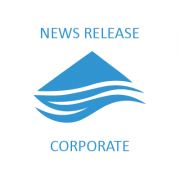